Lost Magic game online – is a free browser-based MMORPG, in a fantasy style, turn-based combat system. Due to the impressive functionality, which has Lost Magic Online, you’ll be able to experience as much as possible the entire game world. Lost Magic absorbed all of the latest achievements of modern online games.

Background occurring in the Lost Magic online game events began in saturated magic world where everything was quiet for thousands of years. Its inhabitants moved even with magic and spells, and therefore the whole technological progress in the world stood at the level of the Middle Ages.

But at one point, as a result of reckless experimentation great magicians, there was a terrible cataclysm on the force. As a result of the cataclysm of the world all the magic was gone and there was a mental link with the Earth. Only a small proportion of old magic knowledge is preserved in ancient artifacts and parts of sentient beings. Survivors began to piece together the remnants of its former strength.

Over time, the world lost the magic began to appear people from the Earth, even more violated the already precarious balance after the cataclysm. Elves, dragons, orcs and other creatures that inhabit the magical, until recently, the world now had to learn to live in new conditions …

So, starting to play the Lost Magic Online, you first of all to choose a character out of three in the game, races, demons, elves and humans. Then you will be taken immediately into the midst of taking place in the Lost Magic online game, events. It offers a PvP battle against other players, interesting quests and missions, trade resources, travel dark dungeons and more.

All locations in the Lost Magic online game is very good and worked out in detail, and the intuitive interface allows even beginners to quickly understand all the intricacies of the gameplay. The Lost Magic online has both leveled and the daily tasks that you can get from all kinds of monsters.

Performing obtained in the course of the game tasks and participating in PvP battles, you’ll receive invaluable experience, coins and magical pieces (endowed with magic items). Gaining in Lost Magic online experience, you are going to raise the level of your character. Use earned coins you can afford to buy weapons, equipment, magic potions and other useful items.

Like any self-respecting MMORPG, Lost Magic online game you’ll be able to join in a guild with other players that will greatly expand your possibilities in the world of the lost magic. Join now, start to play the game online Lost Magic, because of its fascinating and mysterious world will not leave indifferent even to see all the old and discerning gamers!

How to start playing Lost Magic?

Lost Magic is a browser-based online game and does not require downloading the client and the beginning of the game you will have enough to click on the “PLAY!”, which is located below. After that, you will be automatically redirected to the official game site and you can immediately start playing, having a simple registration procedure in an online game Lost Magic. 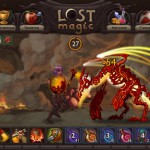 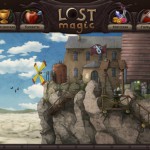 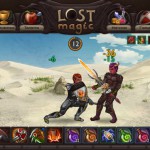 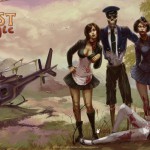 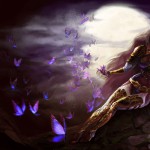 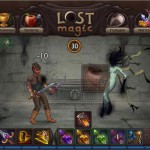 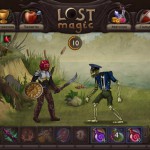